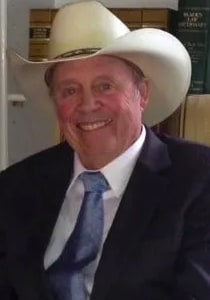 H. Michael Bray, “Mike,” grew up in Southern Georgia in the beautiful small town of Thomasville, known as “The City of Roses” in Thomas County. He is the 8th of 10 children of hard working parents.

Mike has held paying jobs consistently since he was 9 years old. At one point, he and his older brother dropped out of high school to help support the family when his dad got too sick to work. Mike later returned to high school and graduated with his class at the age of 19.

Mike served his country after high school and spent three years in the United States Army during the Vietnam era, stationed in Korea as a paratrooper in the 1st Battalion, 7th Cavalry Regiment under the leadership of Lieutenant General (Ret.) Hal Moore. Just as Mike was completing his tour of duty and his honorable discharge was being processed, his battalion was given their orders to ship to Vietnam. He was excused from this order since he was a “short-timer.” We Were Soldiers is a 2002 war film that dramatizes the Battle of Ia Drang on November 14, 1965 based on the heroic efforts of Mike’s battalion in their first battle in Vietnam in which nearly the entire squadron was killed. The film was directed by Randall Wallace and stars Mel Gibson.

Mike is the father of three and grandfather of five. He is also an animal lover and a proud English Bulldog owner. Mike used the GI Bill to pay for his Bachelor’s degree and his Juris Doctor from the University of Georgia while working two part-time jobs, and having a wife and small baby. When not practicing law, Mike enjoys being outdoors and being a “gentleman farmer.”

Mike has practiced in Canton, Georgia since 1971. He and his partner, Roger Johnson, founded Bray and Johnson in 1973.

A small sampling of my cases follows:

Contact Us
Client Reviews
★★★★★
This past October I unexpectedly went through a case that Jennifer Gill was counsel for the other side. While opposing counsel is usually not the object of great reviews, I must say that Jennifer Gill did a wonderful job representing her client while working with me towards amicable and agreeable solutions. Mary Elizabeth Woods
★★★★★
I struggle to find the words to express my gratitude towards Bray & Johnson and especially Majorie Musgrave. They have represented me through temporary guardianship/conservatorship and permanent g/c. The case was simply put a nightmare, yet Ms Musgrave never wavered and she pressed on to win the decision we were seeking. Linda McCall Matthews
View More
Submit a Law Firm Client Review